On August 31, 2022, Posted by ehaadmin , In Uncategorized, With Comments Off on Joy Through Despair 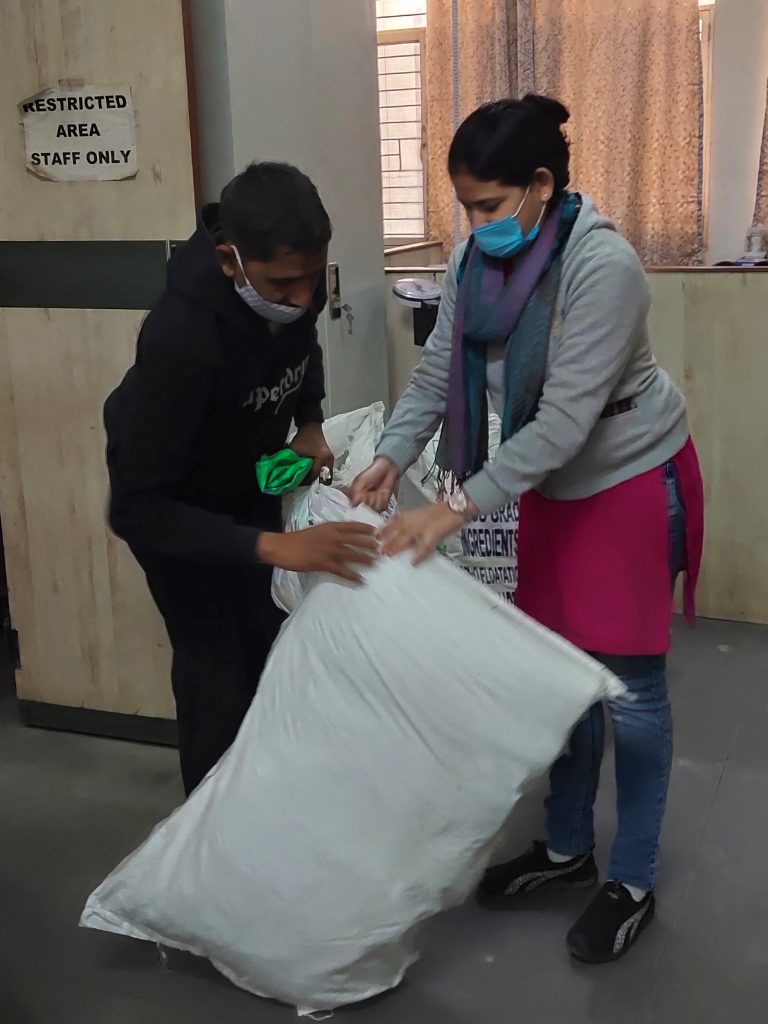 As we enter Imran’s tiny house, he welcomes us, all smiles and happy to see us. He is 34 and from Meerut in UP. He came to Delhi in search of work 12 years ago. He had worked as a carpenter – a work he is unable to do anymore. He is married and has 4 beautiful children -3 girls and a boy. Life has been extremely hard for him especially in the past 5 years – it been a tsunami of health problems for Imran.

In 2017 October he had a paralytic stroke affecting his right arm and leg. Few months post his stroke as he showed signs of improvement, he started developing repeated mouth ulcers. His wife took him to a government hospital in Delhi, where the doctor recommended a biopsy. The biopsy was done on the 30th of March 2018, the report came as Cancer of the Tongue. A Glossectomy was done on the 6th of April 2018, after which he received chemotherapy and radiation therapy free of cost from Dharamshila Cancer Hospital in Delhi -under his BPL card (below the poverty line card), which he had made just in time. In February 2019 he suffered a massive stroke again, and his right upper and lower limb became paralyzed. He was treated in GB Pant hospital for a few weeks during this second episode of stroke.

Currently -Imran is unable to speak and is unable to use his right hand but can walk slowly. Imran was the only earning member of his family, with his repeated illnesses he is no longer able to work, his wife who never ventured out to work has taken on the responsibility of providing for the family -she works as house maid in several homes – sweeping and washing vessels – During this pandemic, “getting work has become difficult”, she said to the team.

When our team went to visit them during the peak of winter, we saw that they did not have enough blankets and warm clothing. During our annual get-together program in December 2021, they were given food hampers and blankets by one of our networking partners. They were very grateful for the gifts.

Imran can get very frustrated as he is unable to express his feelings. Whenever he wants to say anything to our team, he writes it down on a piece of paper. But despite the difficulties, he has always been cheerful and grateful for any help given to his family.

Seeing the gratitude and joy in our palliative care patients has often been the biggest encouragement to us.


Warning: count(): Parameter must be an array or an object that implements Countable in C:\xampp\htdocs\shalom\wp-includes\class-wp-comment-query.php on line 405