On December 5, 2020, Posted by ehaadmin , In Uncategorized, With No Comments 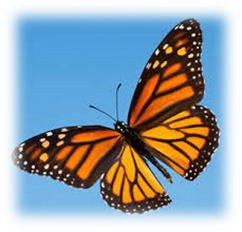 20-year-old Sneha* and her 14-year old brother Sunil* come from an impoverished home, both are a part of our adolescent program and have proved themselves to be very sincere and responsible in everything entrusted to them. Poverty is such a  part of their lives ,their parents Manohar* and Geeta* are a hardworking couple. 43-year-old Manohar works at a shoe factory and his wife is  also a daily wage earner working in a factory. Both he and his wife were diagnosed to have HIV and have been on regular Antiretroviral therapy. Along with dealing with various side effects associated with ART, Manohar also has hemorrhoids leading to severe anemia. He has received multiple blood transfusions. These health issues affected his consistency at work. Geeta also had to stay back at home to take care of her husband when he was sick. They have been with Shalom for 4 years now. Free medical facilities, monthly rations, and educational support for Sneha and Sunil were some of the support given to them through Shalom.

During the lockdown due to the COVID 19 Pandemic, the shoe factory was shut so was their little means of income. Necessities such as food became a scarcity. They had to depend entirely on the people who were donating food kits at this time of crisis. Their days went by waiting outside government schools for turns to get food. The small pension that they received monthly from the government as part of nutrition schemes for HIV patients got delayed. Paying rent became impossible.

It was at this time when our home-based care team decided to do a Shalom emergency relief work. Work started full-fledged. Manohar’s name was one among many which made its way to the list of families called for the relief work, food hamper distribution. They were also given some financial help along with the dry food kit and hygiene kit. Someone has once said, “A handful of dough…a heart full of hope”. It was the food we provided for their bodies, but hope radiated from their eyes. A masked smile which did reach those moist eyes. Shalom would like to extend its gratitude to all the funders for coming forward and supporting Shalom without which this would not have been possible.


Warning: count(): Parameter must be an array or an object that implements Countable in C:\xampp\htdocs\shalom\wp-includes\class-wp-comment-query.php on line 405